The oldest street in Paris is the rue Saint Jacques, in the 5th arrondissement. 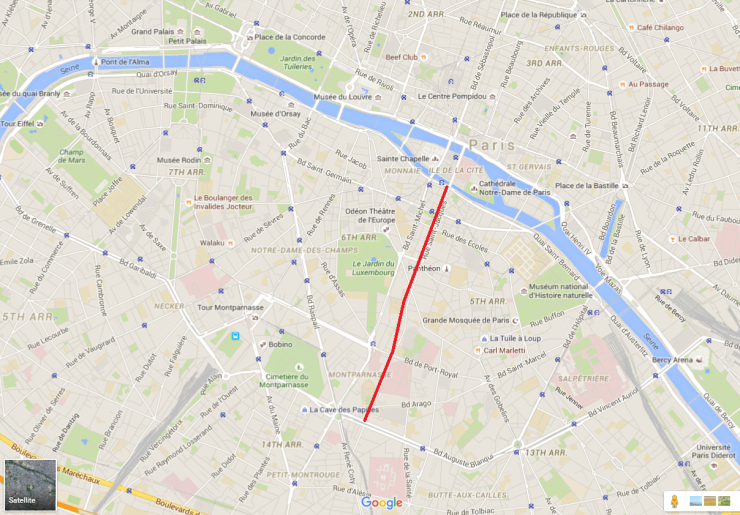 Leading from the Île de la Cité, where Paris was founded, the rue Saint Jacques passes through the Sorbonne University, the Pantheon, Port Royal and finally reaches Denfert-Rochereau.

Over two and a half kilometres (= one and a half miles) long, this route has been trodden since at least the 1st century BC.

In Roman times, it was known as the Via Superior.

In the Middle Ages, it was one of the way-points for pilgrims on the Camino di Santiago (or in French, the Saint Jacques de Compostelle.) They would meet at the Tour Saint Jacques (right next to the rue de Rivoli) and then make their way down the rue Saint Jacques.

Now, still just as steep as ever, it is predominantly populated by students, tourists and Starbucks.